Yes, a butterfly is an arthropod and makes for a cute Halloween costume but let’s dive a little deeper into the often overlooked and misunderstood critters found in this phylum and discover why you should dress up as an amazing arthropod this spooky season!

Arthropods are the most diverse group of creatures on the planet, making up more than 85% of life here on Earth. With over 30 million species, arthropods (who are animals as they are classified under the Kingdom ‘Animalia’) make up the largest and most diverse phylum of animals known to humankind.

So, what exactly is an Arthropod? Let’s get to the root of the matter – the root words that is! In Greek árthron’ means jointed and ‘pous‘ means foot. Arthropods are literally organisms with jointed feet!

An arthropod has a:

Now that you know those fun facts, (that you can show off to all of your friends at your Halloween party that you’re attending dressed up as an arthropod), let’s learn about five of the coolest critters in the Arthropod world and why you should dress up as one this spooky season!

If you’ve ever watched Harry Potter and the Goblet of Fire, these curious creatures may look very familiar from the scene where Alastor Moody (real fans know it was actually Barty Crouch Jr., but we digress) teaches the class about Unforgivable Curses. Well, we think it is unforgivable that you wouldn’t love such a captivating critter! Though the Tailless Whip scorpion looks like a thing from nightmares, it is actually non-venomous and completely harmless to humans! This invert is mostly nocturnal, and is dorso-ventrally flattened which allows it to live in small rocky crevices. The Tailless Whip scorpion has antenniform legs covered in setae (tiny, sensory hairs) that they “ask and answer questions with” allowing them to gather data about their surroundings. The setae even allow the tailless whip scorpion to sense changes in air currents!

Fun Fact: Tailless Whip scorpions are occasionally semi-gregarious and biologists believe there may be a social aspect to these invertebrates that we may not yet know about.

Why you should dress up as a Tailless Whip scorpion: Harry Potter reference (all your friends will think you are so witty), wicked fast, awesome looking!

My what long legs you have! Have you ever heard the myth that daddy longlegs are one of the most venomous spiders? Well, when you’re on ‘Who Wants to Be a Millionaire’, let’s make sure you’ll win those big bucks. Not only are daddy longlegs not spiders (they are more closely related to scorpions than spiders) but they are non-venomous and completely harmless to humans.  These leggy land-dwellers are very opportunistic eaters and are omnivores (eat both plant and animal matter). With over 6,650 different species worldwide the daddy longlegs or harvestmen are an impressive arthropod!

Fun Fact: Daddy longlegs have the ability to automize their own leg meaning they can voluntarily amputate their appendages to get away from a predator. And you thought you were good at making up excuses to “get away” from a party.

Why you should dress up as a Daddy Longleg: Looks intimidating but is just a big softy, not a picky eater, friends 24/7 as they are usually found in groups! 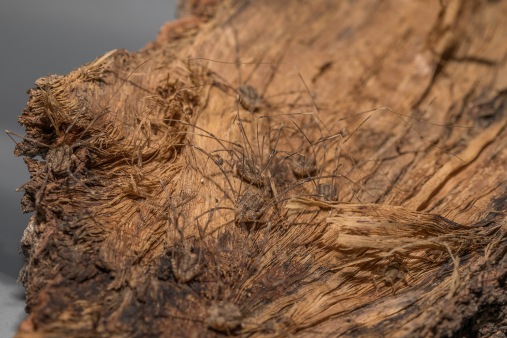 Oh hello there, friend! Meet the vigorous (not villainous, mark our word!) vinegaroon. There are over 105 species of this incredible invertebrate in the world. Though this creature may look ominous it is actually non-venomous and (we are sensing a pattern here) harmless to humans. As its name suggests, when deterring predators the vinegaroon will spray a concentrated vinegar solution that not only smells bad, but tastes bad! This solution is composed of 84% acetic acid, 5% caprylic acid, and 11% water. Vinegaroons spend most of their life underground and exhibit extraordinary parental care to their young for the first four months of their life.

Fun fact: Here at the Desert Museum we are successfully rearing young vinagaroons. This is quite an accomplishment that we are very excited about!

Why you should dress up as a vinagaroon: Boy bye! The ability to ward people off with your stench at will? Yes, please! Goodbye to awkward and unwanted conversations!

Our next cool critter is always dressed up in their Halloween best. Sporting aposematic (warning) coloration, the bright orange, yellow, and red tells predators to stay away! Though the Giant Desert centipede is a venomous creature and can deliver a painful bite, it is very rare (basically you would need to really bother them) and the venom is not medically significant to humans.  At the rear of the Giant Desert centipede is a pair of appendages called terminal legs that look scary but are actually harmless. These legs are used for grabbing and some biologists believe they are used for gender recognition and courtship behavior.

Fun Fact: Ever wondered how to tell a centipede from a millipede? Centipedes have one pair of legs per segment whereas millipedes have two pairs of legs per body segment. The more to love you with, right? Right!

Why you should dress up as a Giant Desert centipedes: With so many appendages, think of all the snacks you can grab! Also, you will definitely be admired by all your friends as centipedes are incredibly strong and determined when hunting. (They’ve been documented taking down prey much larger than themselves like small snakes, lizards, and even mice!)

Last, but certainly not least, let’s talk about the tremendous tarantula! Here in Arizona we are happy to brag that we are home to 30 species of tarantulas. These amazing arachnids are not harmful to humans or to their pets.  The species in Arizona do not jump and would prefer not to interact with humans at all! If you are lucky enough to come across one of these in the wild, simply let it be or carefully encourage it to leave. Chances are you are encountering a male tarantula who is “out on the town” looking for a mate, so don’t ruin the gentleman’s chance for love (that’s a major faux pas).  Here in Tucson, the two most common tarantulas are the Desert Blonde and the Tucson Bronze.

Why you should dress up as a Tarantula: Honestly, we think this arthropod has the potential for the cutest costume this spooky season! 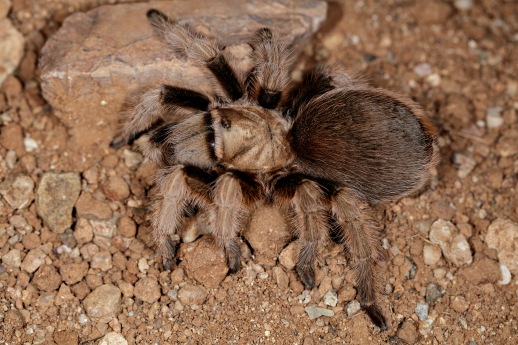 From the largest to the smallest microscopic organism, arthropods live all around us. There are arthropods found on every continent and it is estimated that the actual number of arthropod species is well over 1.3 million!  From pollination, to decomposition (recycle nutrients, remove organic waste), to their human use (food, textiles, dyes, medicine), the benefits of arthropods is immeasurable. Arthropods present so much untapped potential and we have barely begun to understand what crucial roles they play in different ecosystems around the world. What are arthropods good for? Literally everything.

And finally, as our invertebrate keeper says, “The only difference between fear and beauty is understanding.” We hope that with this new knowledge, you have a bit more understanding of these incredible inverts and begin to recognize their importance in our natural world!

Oh, and if you were still wondering, arthropods are definitely misunderstood marvels! Now that you have learned all about some of the amazing arthropods of the Sonoran Desert, let us know which one you plan on dressing up as for this Halloween.  Do you have a favorite arthropod? Let us know in the comments below!