When asked to describe a desert, people usually respond with: dry, hot, null of life. Far from the truth, the Sonoran Desert is actually one of the most diverse desert ecosystems in the world and that is largely due to our weather. Many newcomers are surprised to learn that the Sonoran Desert does not have four seasons, but five, and that it can get so cold it snows and so hot that temperatures soar well over 100 degrees. The shifts of the seasons may seem subtle, but if you are a local you are probably well aware of the minute changes. Have you noticed the smell of the first crisp fall day or the sound of a thunderous clap as a beloved afternoon monsoon rolls in during the summer? With just our senses we can pick up on the changing seasons. New to the desert? Let us help you differentiate between our five gorgeous seasons and how you can sense them using your five basic senses.

Spring in the Sonoran Desert boasts warm days, cool nights, and an occasional shower, and after a wet winter, the blooms BOOM! The warmer days mean that snow at higher elevations is starting to melt, resulting in flowing creeks. Look around you at the blossoming brittlebush, listen for the buzz of bees, or taste the sweet nectar from an Ocotillo bloom. One of our favorites, desert tortoises (don’t they look like mini dinosaurs?!), emerge and breeding season begins for many animals. Welcome Spring!

Foresummer? That’s a fun new word to put in your memory bank for trivia. You know that feeling when you open the oven and a whoosh of hot air hits your face? Imagine that for two. whole. months. The ‘Dry Summer’ is (as you guessed it) very hot and very dry. The iconic Saguaro cactus produces flowers and fruit that “traditionally, many Tohono O’odham– the Desert People– make excursions to gather…” (Phillips et. al). Nocturnal cacti like the Queen of the Night and desert Ironwood bloom. Animals (including humans, if we are smart) that are not nocturnal take reprieve during the day and only come out to hunt or forage at dawn or dusk. Once the whirl of the incessant cicada starts, locals come to terms with the fact that it’s going to be a very very hot day. 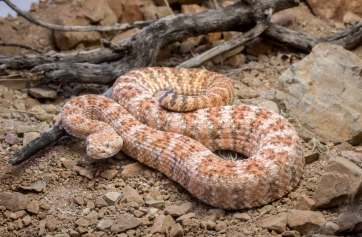 Because we are SO lucky, we get two summers! However, true desert rats will be quick to tell you this season is one of the best because of one thing: monsoons. “Monsoon is derived from an Arabic word for “season,” and it was applied to a wind that changes directions seasonally.” (Phillips et. al) The summer season is characterized by the arrival of monsoon storms, the second round of wildflowers blooming and a second breeding season for many animals. Look out for the incredible lightning storms and smell the intoxicating aroma of creosote after the first rain as it dusts off our surroundings and quenches the thirst of plants and animals. 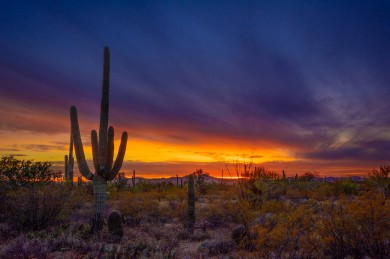 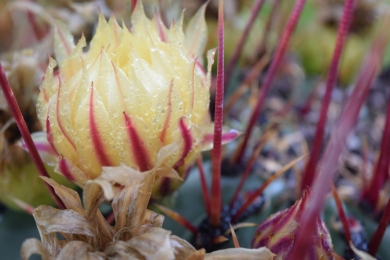 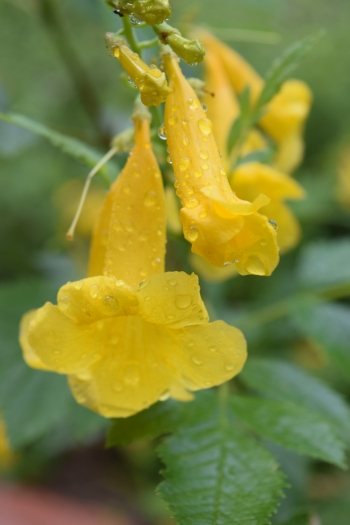 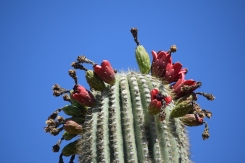 Hot and dry again (again!) but at last the evening temperatures become cooler. A second growing season begins in August and continues through the Fall. Allergies start acting up as desert broom starts to bloom. This plant also attracts many different species of butterfly (at least that’s a plus). Wintering hawks begin to arrive and plants like the barrel cactus begin to fruit. Who says we don’t have fall colors? Have you noticed the ocotillo leaves yellowing up? Pay attention, do you feel that slight cool breeze?

Winter means cool days, occasional frost, and a second rainy season. Most larger plants are dormant, but many annuals and small shrubs grow now. Did you know that the desert DOES get snow? It’s incredible to see snow-tipped saguaros and fresh cottontail tracks in the powder. And yes, we do freak out. School is sometimes even canceled because we just can’t handle it! Curve-billed thrashers establish their mating territories and cactus wrens start to build their nests and will start breeding. Look for frost on cacti pads in the early morning, shorter days, and plants taking on a richer, greener color. 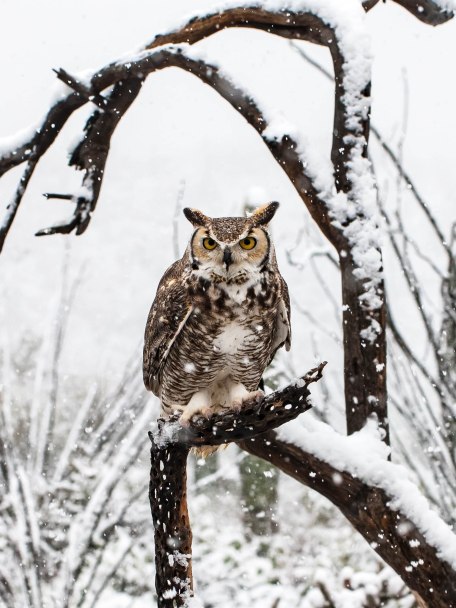 These seasons are the reason for our incredible biodiversity that is unmatched by many places throughout the world.  “It is a home-land that rambles over some 123,500 square miles (320,000 sq km) in two countries and five states. It is home to about 130 species of mammals, more than 500 kinds of birds, 20 amphibians, 100 or so reptiles, and 30 native freshwater fish. Perhaps as many as 2,500 native species of plants occur within the Sonoran Desert proper…” (Phillips et. al). Want to experience the Sonoran Desert for yourself? Explore the Desert Museum where we have over 1,200 types of plants and 200 animal species! Come see if you can identify the season by using one or more of your base senses.

Comment down below what your favorite season is where you live and why! What changes can you begin to sense? 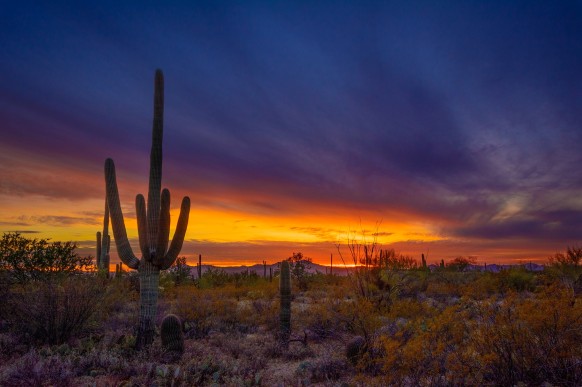 4 thoughts on “Can You Sense the Season?”