Many of you may remember the fire on Sentinel Peak in 2017 during the 4th of July fireworks. That year the slope was dry from the late monsoon season and embers from fireworks sparked a fire on the southern slope of the hill. Tucson Fire put the fire out, but not before about 5 acres on the south slope burned. The Arizona-Sonora Desert Museum, the University of Arizona, and Tumamoc Hill Desert Laboratory saw this as an opportunity to study the impacts of fire on the Sonoran Desert specifically looking at the saguaro cactus. 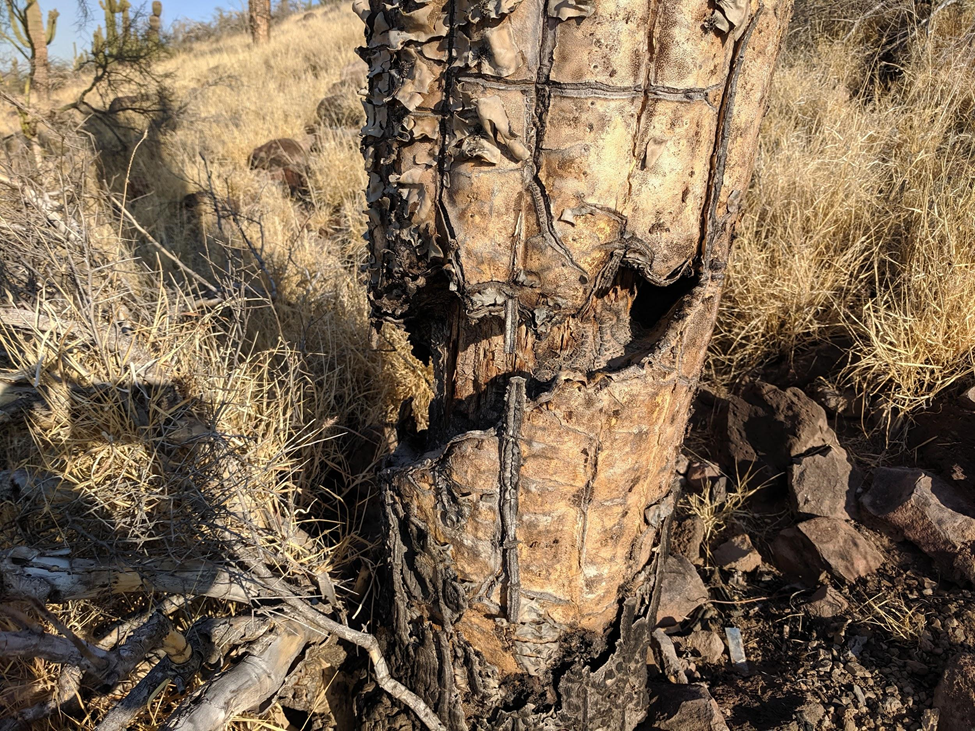 This year I went back to check out the burn site with three Doris Duke Interns from N.C. State University, Cornell University, and the University of Arizona. We walked up Sentinel Peak at 6 a.m. four consecutive mornings. Each day we assessed saguaro cactus vitality and conducted biodiversity assessments. Initially, in 2017, we tagged each saguaro with a unique number, graded the burn coverage, and recorded the height. To assess the saguaro cactus this year we looked for new growth from this spring season which included fruit, flowers, growth of new sections, or white fuzz. 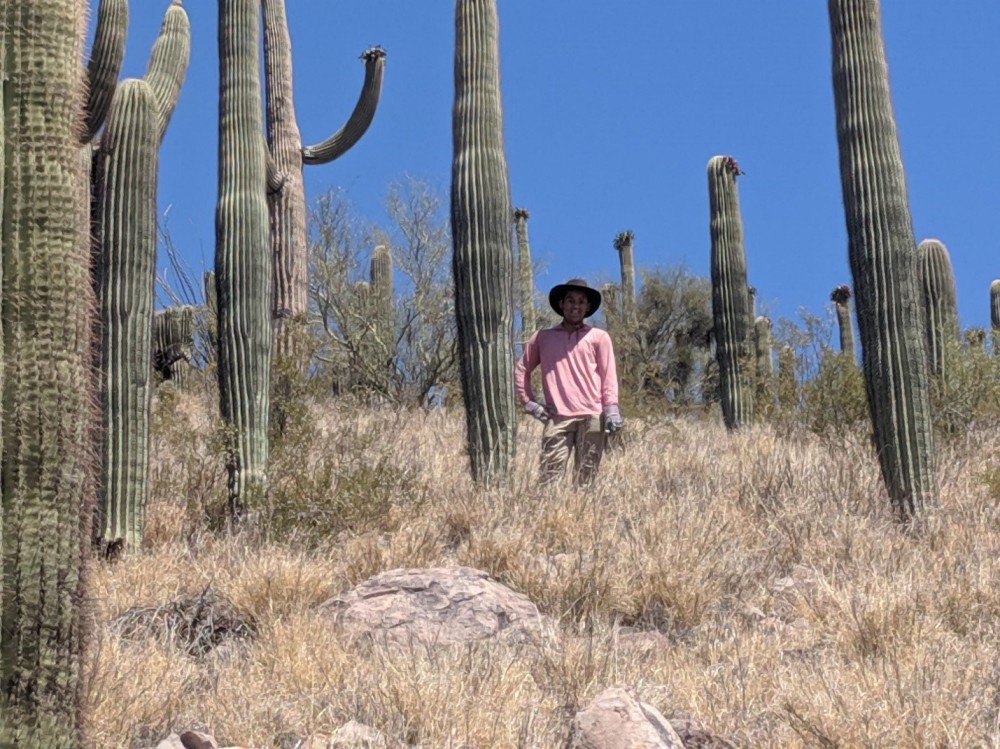 Some saguaros, especially in smaller ones, had fallen over and begun decaying. Many cacti were still standing but had no sign of new growth. Cactus can take years to fall once they have begun to die and it can be hard to tell which ones are hanging on. However, some of the saguaros had put out flowers, fruits, and new growth. If we assume that the cacti with no signs of new growth were dead or dying, then almost half (49%) of the 274 saguaros in the burn died or were dying. It was also observed that the smaller cacti were more severely impacted than the larger cacti.

Percent of saguaros in the burned area that were dead or dying:

We also set up 5 meter by 5 meter plots and recorded plant diversity. You can see from the photos below that the diversity in the plots in the burn area was very low. If you look back at the photos from the original post, the buffelgrass grew quickly out from the burned roots directly after the fire. It was able to cover the burned area quickly and prevent the recolonization of this area by native plants. 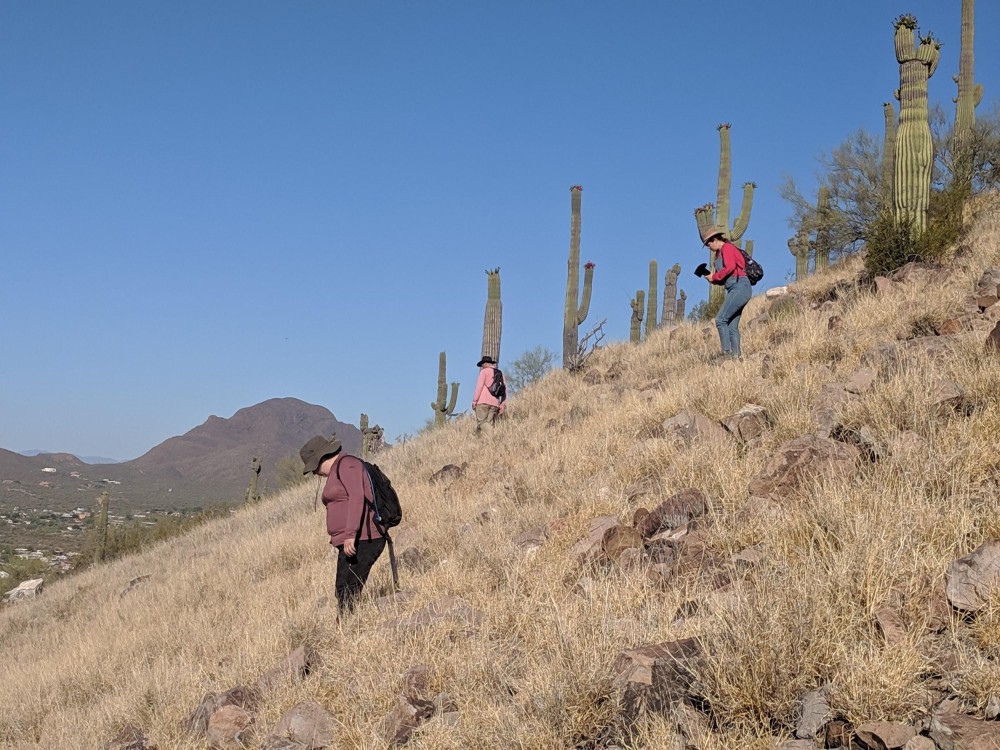 Fire has severely affected this area. This is a cautionary example of how quickly buffelgrass can transform a landscape into an invaded grassland.

For information about the 2017 burn, read Buffelgrass is Back.

So how can you help?